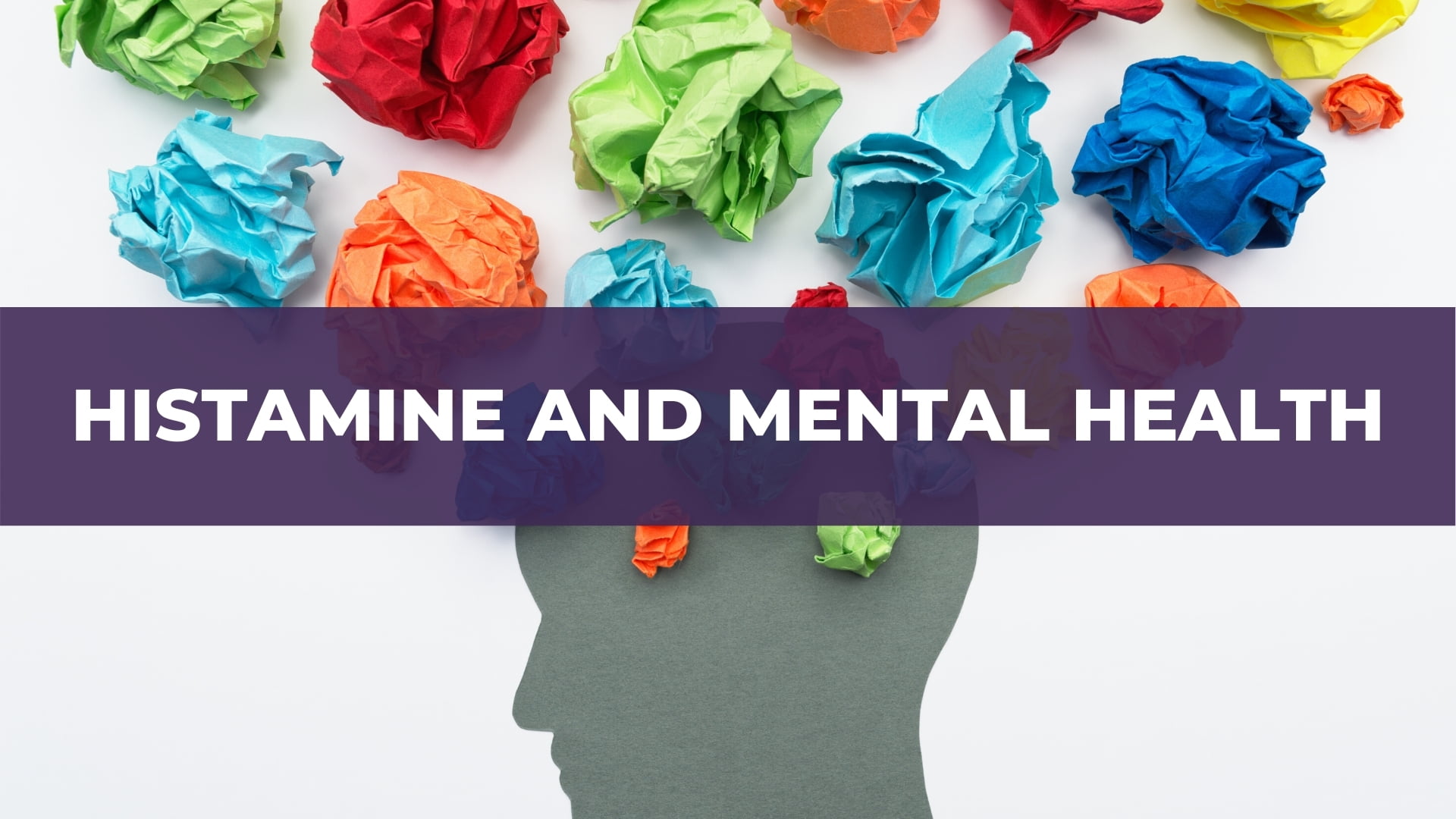 How Histamine Imbalance Could be Ruining Your Mood

One of the many functions of histamine in the body is to act  as a neurotransmitter, where it helps regulate important brain functions such as alertness, attention, learning, memory, stress response, sleep-wake cycles, and sexual function. When the body’s histamine levels go out of control, many behavioral and psychological symptoms manifest.

While there is no solid evidence to prove the connection between histamine and mental disorders, symptoms like hyperactivity, obsessive-compulsive behavior, panic, anxiety, and depression are often observed among those who suffer from histamine imbalance.

This is a bit intriguing since histamine does not cross the blood-brain barrier – meaning, no matter how much histamine is in your blood, none of the excess should enter your brain.

The question remains: What causes these behavioral and psychological symptoms?

Histamine in the Brain

If histamine does not cross the blood-brain barrier, then the explanation as to how it causes behavioral and psychological symptoms is pretty simple: the brain produces its own histamine.

According to studies, histamine is produced in a particular area of the brain called the hypothalamus and gets stored in the so-called histaminergic neurons where it is released upon stimulation.

The brain has receptors for histamine, and mental disorders result when there is abnormality of these receptors. In general histamine has four kinds of receptors, designated as H1R, H2R, H3R, and H4R. Only the first three are present in the brain.

An alternative explanation for the majority of behavioral and psychological symptoms of histamine intolerance, especially anxiety, is that they are generated in the body and not in the brain. This is through the ability of histamine to trigger the release of epinephrine, the major player in the body’s fight-or-flight response.

Epinephrine, like histamine, cannot cross the blood-brain barrier but it can trigger a wide array of panic symptoms like fast heartbeat, sweating, shaking, shortness of breath, nausea, and anxiety.

Another interesting explanation is that histamine causes estrogen levels to rise, and this hormone can actually cross the blood-brain barrier.

As you can see in women, estrogen has powerful effects on mood, both positive and negative. You’ve also learned from one of our previous articles that histamine and estrogen is synergistic, meaning they create a vicious cycle wherein one induces the release of the other and vice versa. In this case, once estrogen crosses the blood-brain barrier and reaches the brain, it stimulates the production of histamine. Histamine in the brain, in turn, acts on its receptors to produce the behavioral and psychological symptoms seen in the imbalance.

So in summary, histamine is an interesting molecule with far reaching effects. If you are interested in learning more, why not join our webinar on the effects of histamine in the body.

Vickery, A. (2014). Histamine And The Nervous System. Retrieved August 29, 2016, from http://alisonvickery.com.au/histamine-nervous-system/