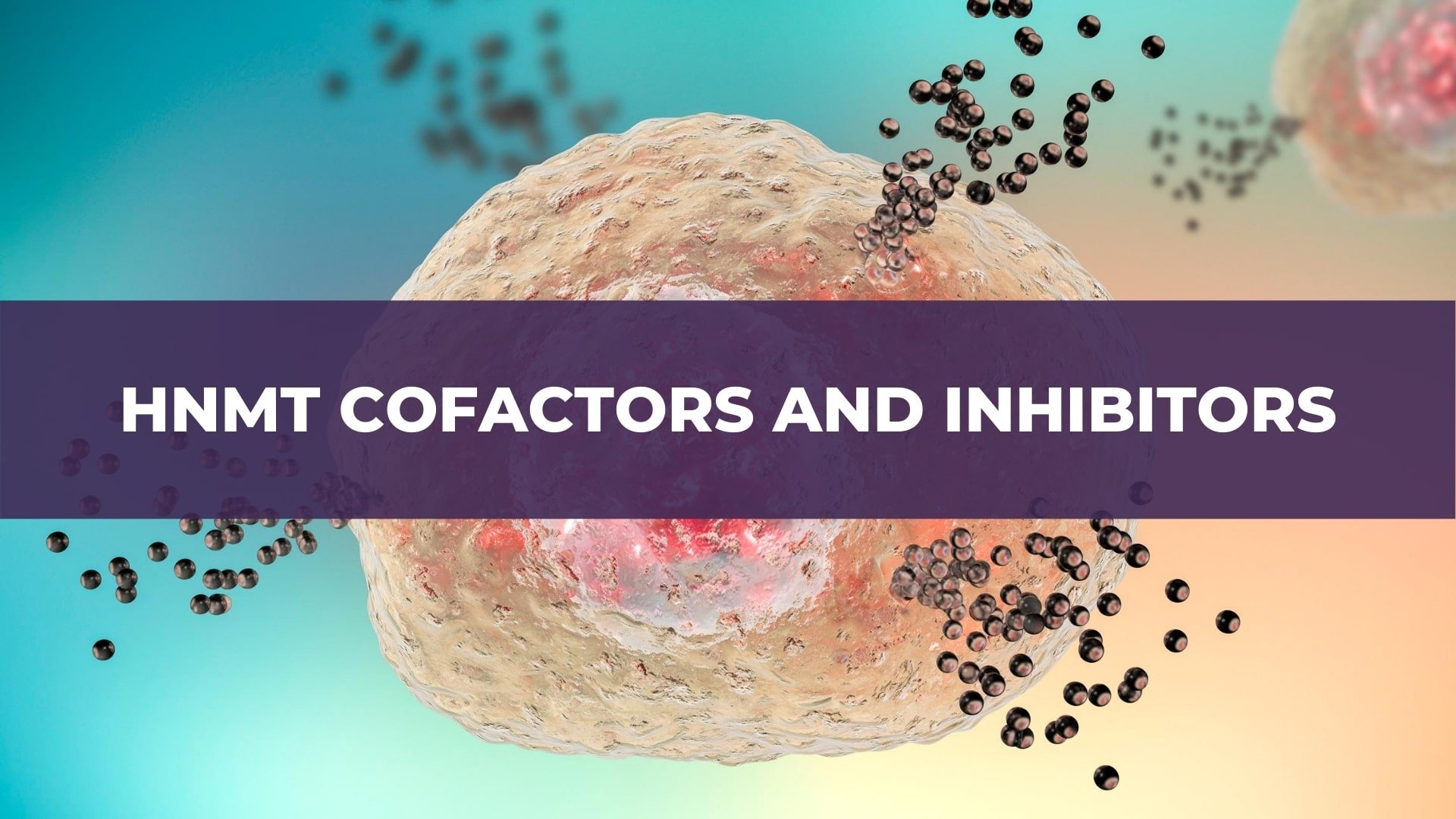 Histamine intolerance (HIT) is a relatively common condition. The occurrence of HIT is increasing more these days, although the actual mechanism is not completely resolved.

When it comes to HIT, we always think of some certain mutations in the DAO gene but HIT is not only because of this. We must also incorporate another factor: the HNMT gene (histamine-N-methyltransferase).

Although HNMT is not the sole reason as to why we get HIT and why our body is accumulating histamine, this gene cannot be underestimated.

In a healthy individual, histamine is broken down on a regular basis by two enzymes: DAO and HNMT.

HNMT plays an important role in regulating histamine as it breaks down histamine on an intracellular level. HNMT inactivates histamine by transferring a methyl group from S-adenosyl-L-methionine to histamine (N-methylation), and is the only well-known pathway for termination of neurotransmission actions of histamine in mammalian CNS. 1

HNMT is expressed in many human tissues, with the highest levels found in the liver and kidneys, but also in the bronchi and trachea. HNMT is a key enzyme concentrated in the liver which is responsible for degrading histamines generated as a result of the functions of the body and in particular mast-cells. The liver filters the blood to remove fat-soluble toxins, then disassembles those toxins into water soluble toxins, ready for excretion. 2

Also, HNMT is the key enzyme for degrading histamine in the bronchial epithelium. 3 Bronchoconstriction and asthma attacks may be triggered by ingestion of high histamine foods.

А single nucleotide polymorphism (SNP) in the HNMT gene will cause histamine to build up. This is the gene that encodes for an enzyme that reduces histamine into another compound called N-methylhistamine, which subsequently requires the MAO (monoamine oxidase) enzyme to further break it down.  MAO runs by having enough riboflavin in the body.4

A polymorphism that blocks HNMT prevents the breakdown of histamine, just like an SNP in the DAO enzyme will cause histamine to accumulate. Either way, your histamine builds up too high.

Sometimes even if you don’t have an SNP, it’s still possible to have malfunctioning and lead histamine build up!

Certain medications can act as “drug muggers” on a pathway, stealing the actual nutrients you need to make that pathway run. If you run out of a nutrient that runs a specific pathway, then the pathway stops working. It’s kind of like a double homozygous SNP that is expressing, but it occurs from medicines you take (that rob the necessary nutrients).  This phenomenon is known as a “Medication-Induced SNP” by some practitioners.

HNMT deficiency can be genetic or acquired. Key factors which affect HNMT function are: 5

HNMT, the same way as all other genes – enzymes, proteins and other important compounds in our body – has its cofactors that contribute to a faster and better job in the body, and their inhibitors that inhibit its function.

Rather than only focusing mainly on what you should not be eating, it is much better to turn your attention and effort on what you can eat to support your healing, health and wellness.

When you have an SNP in your HNMT gene, the best prevention for accumulation of histamine is regulation of the diet.

First of all, you need to avoid nutrients that are high in histamine (alcohol, matured cheeses, vinegar, fermented foods, etc.), food that can cause the release of histamine (bananas, chocolate, nuts, shellfish, strawberries), or foods that cause blocking of DAO (alcohol, energy drinks, black tea, green tea) complicating the condition even more.

How to do that? Well, sticking to lower histamine foods is important.