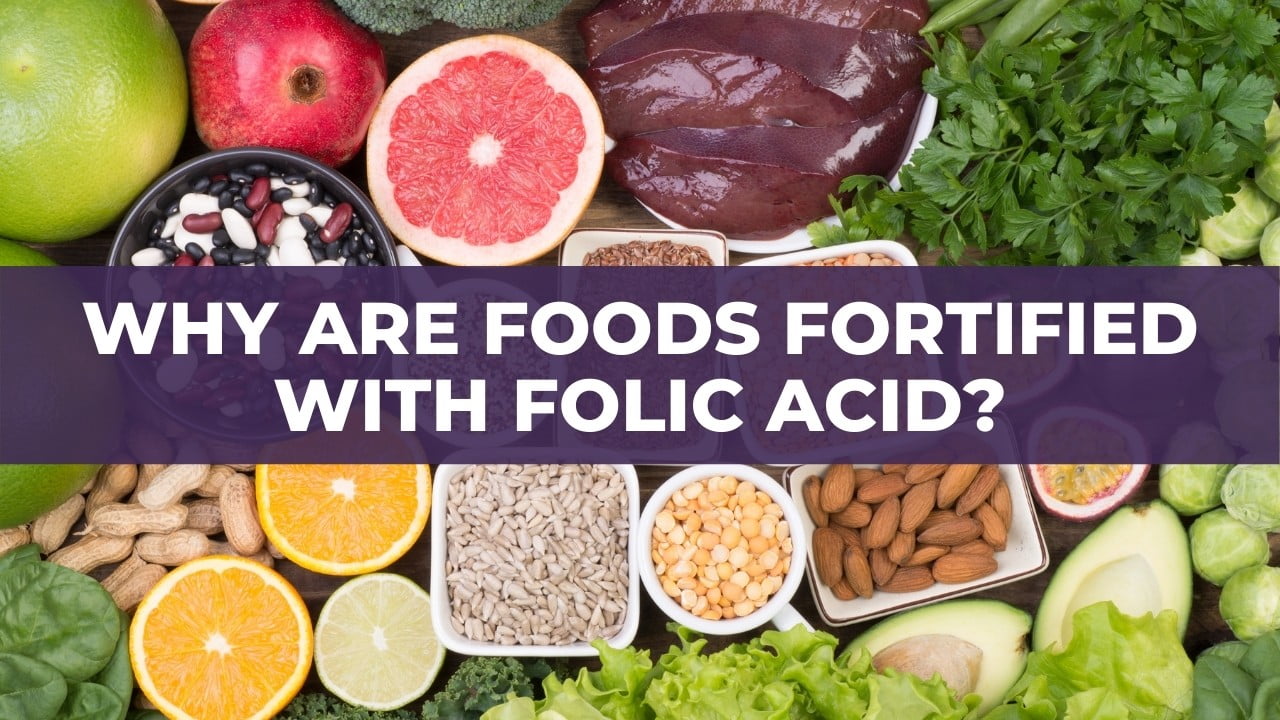 When it comes to fertility, we know that folate is one of the most important nutrients needed for miscarriage prevention as it directly impacts the health of egg and sperm DNA.

However, what most people don’t know is that folate and folic acid are not the same thing.

Many couples take a “folic acid” supplement, and eat foods fortified with folic acid with the impression they are increasing their folate.

We need to be very clear: folate and folic acid are not equal.

Our body needs folate.  Our body MAY NOT need folic acid.

In fact, there is evidence to show that high folic acid intake inhibits key enzymes in the folate pathway, (1) hence potentially lowering the amount of active folate available to be used for DNA production and fertility.

In a nutshell, for some people, having folic acid may be a key factor contributing to their fertility problems.

So the question becomes “why do we supplement and fortify our foods with folic acid and not the biologically active folate if it is potentially harmful?”

In this article we will explain why so many of our foods are fortified with folic acid, how much is too much and what you need to know if you are trying to get pregnant.

What is the difference between folate and folic acid?

As far back as 1931, when it was observed that something in the fermented yeast condiment, marmite, produced a cure of macrocytic anemia in pregnant women, numerous events have reinforced the role of folate as an important nutrient for human health. (2)

Then in 1941, “folic acid” (the synthetic form of folate) was named from a spinach extract, named from the latin folium for leaf. (2)

Although neural tube defects were known to have a strong component, it was much later in 1995, that the first folate-related genetic polymorphism associated with NTDs was discovered,

When the concept of genetic variance being linked to disease was still considered quite novel. (3)

We now know that Folate is a critical factor in many cellular pathways including:

For these reasons, the nutrient is especially critical for the development of the brain, skull and spinal cord during embryonic development, particularly because neural tube closure cannot occur sufficiently early in its absence, and therefore leading to often significant morbidity and often mortality. (2)

Additionally, we know that when implemented immediately before and during pregnancy that folate may:

Aside from pregnancy, folate is also used therapeutically in children and adults for many conditions, for example:

Folate is a water soluble vitamin and three key forms exist in a supplemental form.

Folic acid is a synthetic, man-made form of folate, folinic acid which is metabolically active folate, and 5-methyltetrahydrofolate (5-MTHF) or as we would like to call it, methyl folate.

Methyl folate is the ONLY biologically active form of folate in the body. So we must convert all forms to methyl folate to achieve folate sufficiency. Like most B vitamins, folate is poorly stored by the body, with only around a fraction of a milligram on hand, and therefore deficiency can develop quickly in those whose diets are lacking. If the approximate daily requirement of 400 mcg is not met, deficiency will become evident within 8-16 weeks. (4, 15) 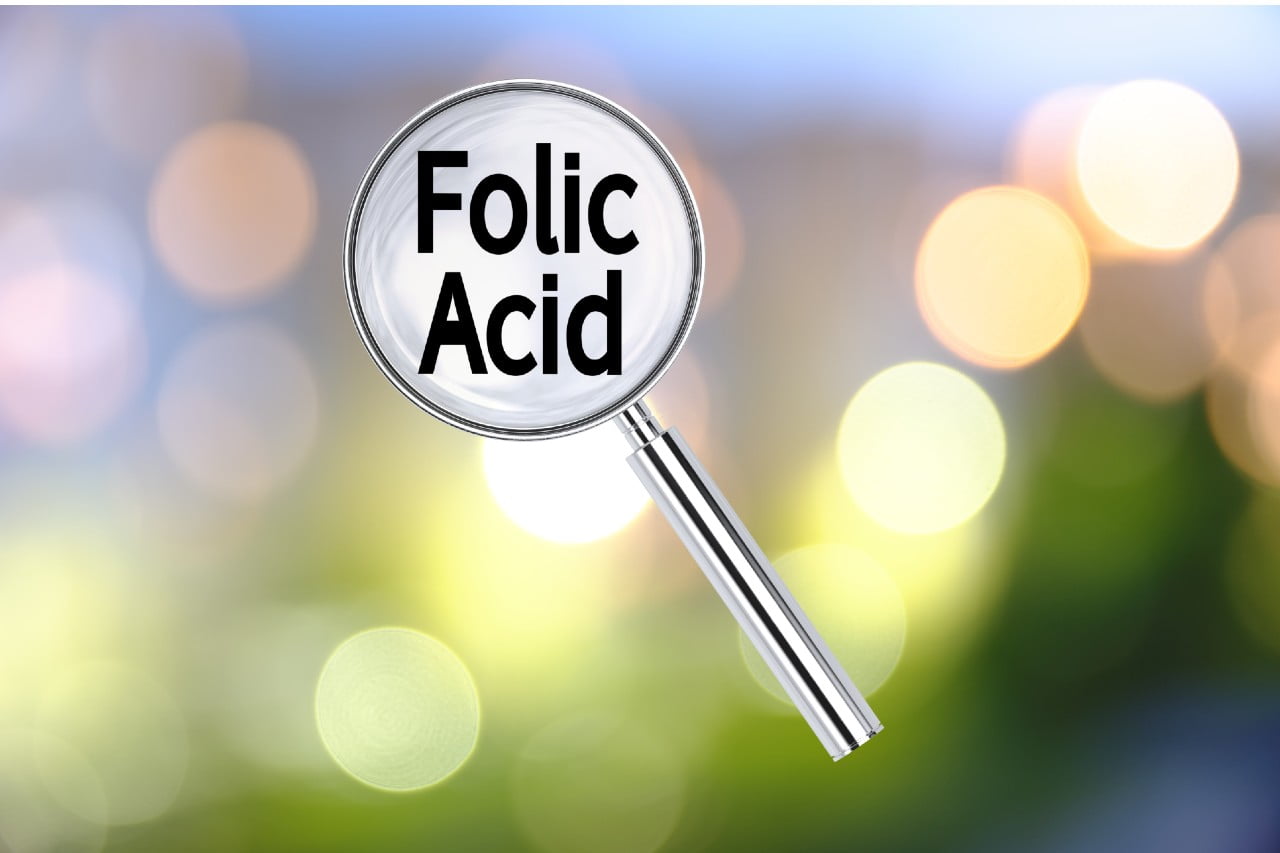 So why can folic acid be a problem?

This is why folic acid supplements are usually not recommended in those who have DHFR or MTHFR polymorphisms, especially for couples trying to conceive.

Why was the introduction of fortification of foods introduced?

Natural folate is very unstable and for a very long time, a stable supplement could not be produced. Natural folate can be rapidly diminished during the cooking and processing of foods, and therefore deficiency can easily occur when a typical western diet high in processed foods is eaten.  That is why folic acid was made, because it’s more stable than natural folate and it was able to be used in food fortification (3, 8)  when natural folate could not.

Thankfully, due to advances in technology, 5-methyltetrahydrofolate and folinic acid have since become available for supplementation. However, food fortification has not caught up and still uses folic acid.

Low dietary intake is the primary cause of folate deficiency, as well as many other micronutrients in both developed and developing countries, and those people in either group of lower socioeconomic status frequently do not consume folate rich foods. Additionally, while diet may be sufficient to prevent a clinical deficiency such as megaloblastic anaemia, frequently this is insufficient to achieve NTD risk reduction during pregnancy, when nutrient requirements increase. (2, 15)

This is why folic acid fortification was introduced.

There is no doubt that folic acid fortification has been shown to substantially reduce the incidence of neural tube defects in many countries including several in north and south America, Iran, Jordan and South Africa. In Chile, for example, reductions of 55% in neural tube prevalence were observed between 1999 and 2009. (9, 12)

Those with lower socioeconomic status and higher elderly populations are at a greater risk of deficiency due to generally lower intake of green leafy vegetables and poorer nutrition. 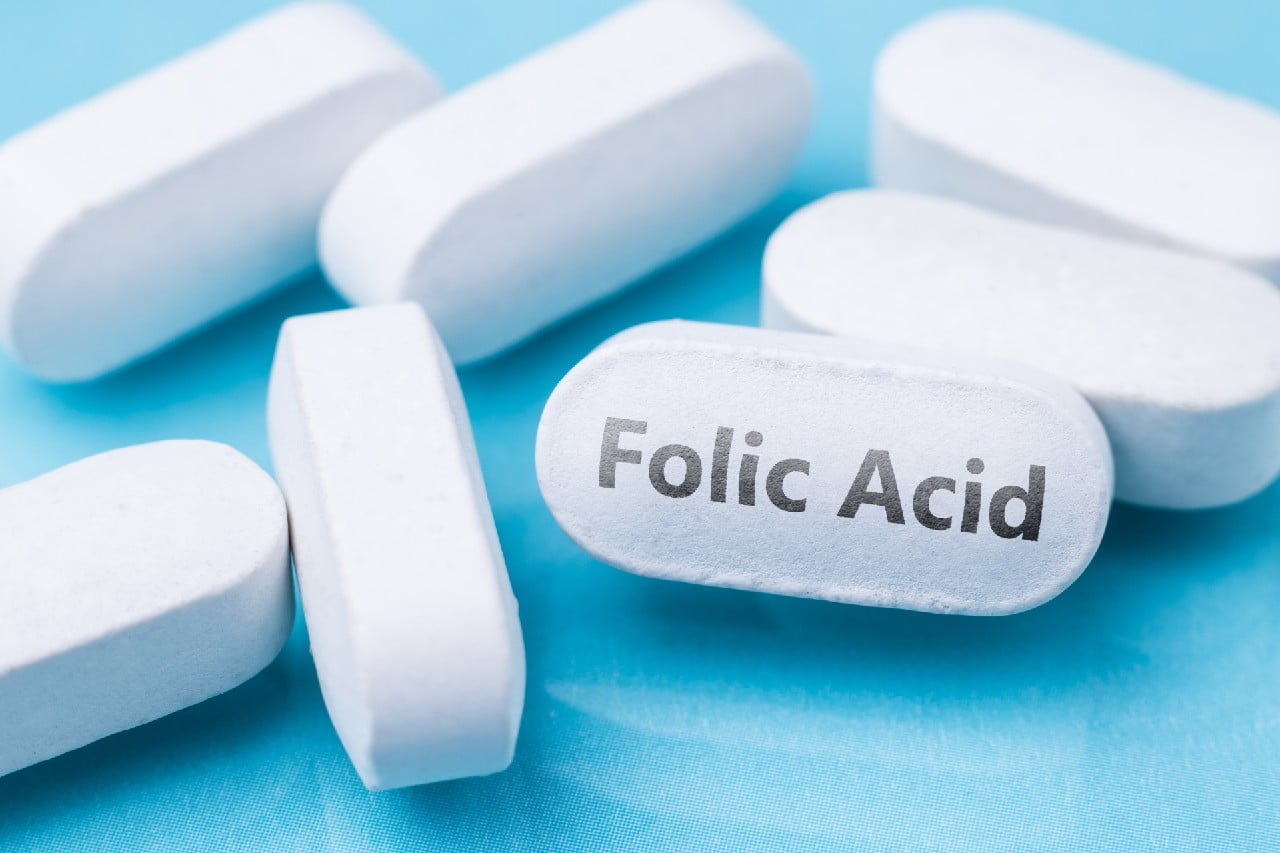 Where was it introduced and when?

The USA was the first to fully implement mandatory folic acid fortification in 1998 after its initial authorization in 1996, with the US Centres for Disease Control reporting a 36% reduction in prevalence of neural tube defects after fortification. (4)

In 1992, the U.S. Public Health Service recommended that all women who are able to conceive receive 400 mcg of folic acid daily to prevent NTDs. In 1998, the Institute of Medicine’s Food and Nutrition Board updated this recommendation to include the combination of fortified foods and supplements, in addition to consuming natural folate for a varied diet. (13)

Most developed nations have mandatory folic acid fortification of flour, and most European countries recommend folic acid supplementation before conception and until the fourth month of pregnancy. (3)

The following year the U.S. Public Health Service recommended that all women of child bearing age consume 400 mcg daily from fortified foods or supplements in addition to a normal diet to prevent NTDs. (4)

What countries have fortification?

Globally, 87 countries currently have legislation to mandate fortification of at least one industrially milled cereal grain with either iron or folic acid. (11)

59 countries met the criteria for implementing mandatory folic acid fortification of wheat and/or maize flour in 2017.

What foods are typically fortified?

What does the label say when it's fortified with folic acid? 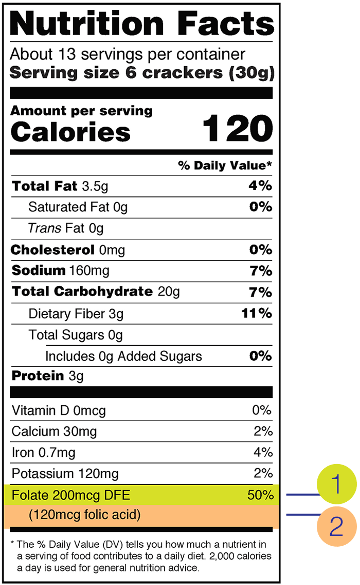 In the United States, the mcg DFE is the new unit of measure for folate on nutrition facts or supplement facts labels, and is used to adjust for the fact that folic acid is more easily absorbed than food based folate. The label presents folate as mcg DFE with %DV, or percentage of daily value, followed by folic acid mcg in parenthesis. Foods with 20% DV or more are considered high folate foods. (13, 18)

Food labeling in Australia on products for retail sale requires the listing of either folic acid or folate (keep in mind when you see either of these written its folic acid) for products which contain wheat flour fortified with folic acid, including which ingredients were added that were fortified. (20)

If the studies show a benefit to folic acid fortification, should I cut them out or keep eating them?

Generally we get so much folic acid form our food (in 2016 Food Standards Australia suggested that most people over 16 years of age get about 297mcg of folic acid from food thus allowing a potential accumulation to levels that can impair downstream metabolic processes if they take a folic acid based supplement on top of that. Research is beginning to indicate that this could be problematic in some people, and could be linked with immune dysfunction, infertility and increased tumorigenesis. (16)

Therefore, as more recent research shows, whilst folic acid is the best option for mass food fortification to prevent NTDs in lower socioeconomic countries for the greatest overall benefit, in countries where the biologically active forms of folate are now available and affordable in supplements, these should be used for their superior outcomes in treating a range of neurological, cardiovascular, fertility and cognitive conditions in a clinical setting. (21, 22, 23, 24)

If you can afford a good quality supplement, and have access to healthy, fresh food we suggest avoiding all foods fortified with folic acid, to prevent the inhibition of the DHFR and folate pathway. In our clinical practice we consider this one of the most essential steps for anyone with either DHFR or MTHFR polymorphisms or anyone who has had previous miscarriage, pregnancy loss, or infertility.

Instead, focus on getting your folate requirements from eating plenty of foods rich in natural folates (listed at the beginning of this article) and take a high quality prenatal vitamin that includes the biologically active methyl folate you and your baby needs such as this one www.prenatalmethyl.com.au. Depending on your genes and lifestyle you may require additional methylfolate supplementation.

Coconut and chilli poached chicken with mixed rice
Why are foods fortified with folic acid?
Herbal Tea During Pregnancy
Serotonin Facts Worth Sharing With Patients
What Copper Does For Us
CDC Talk
Is Alcohol making you feel depressed and anxious?
Lead and Toxaprevent
Healthy New Year’s Resolutions
Coping with Christmas
This site uses cookies: Find out more.