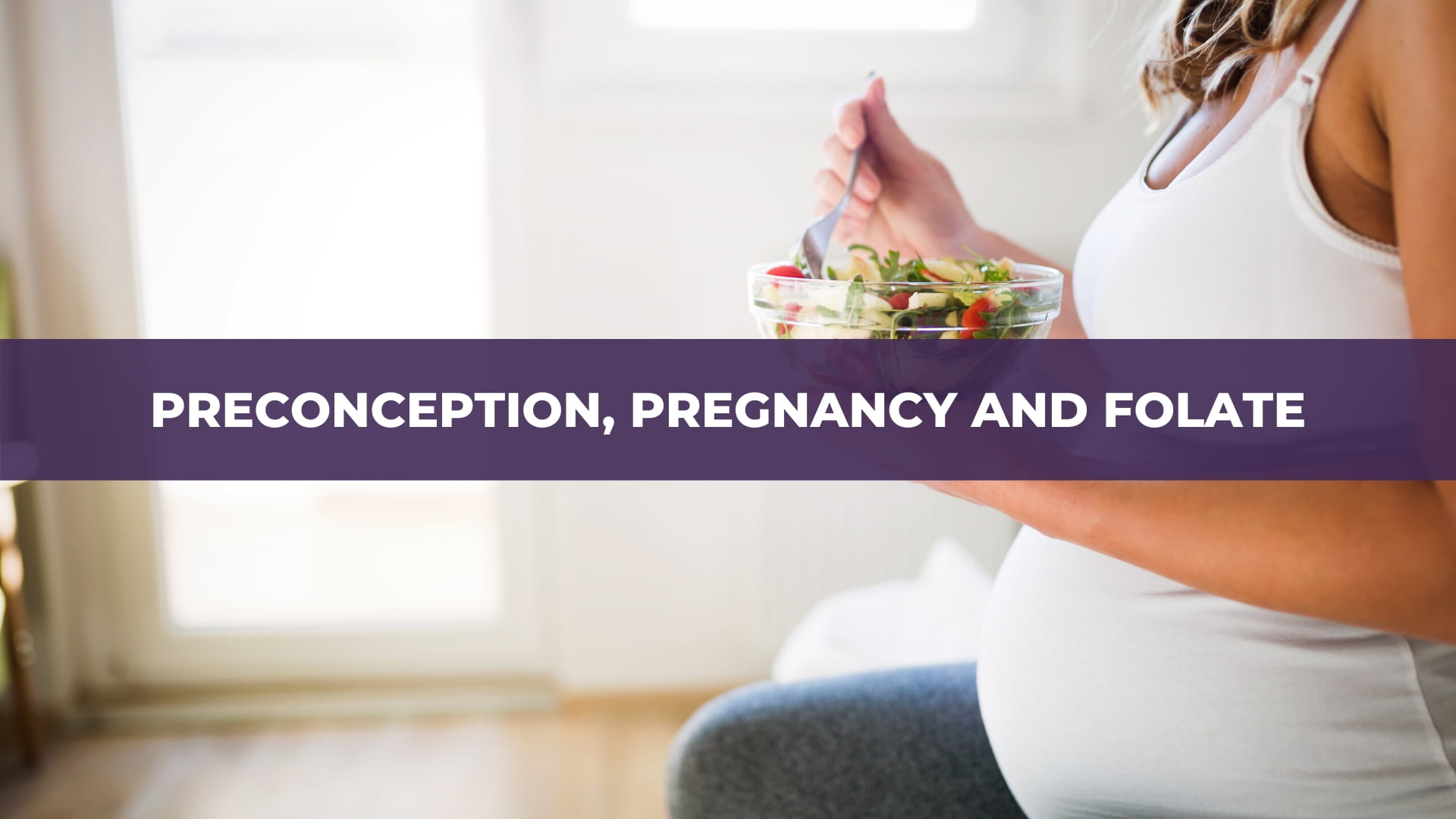 Preconception health. What is that!?

Preconception care is what we call the preparation time a woman and man undergoes before they become pregnant. It’s all about knowing the risk factors that could affect a woman’s body or her baby if she becomes pregnant and how they should prepare nutritionally and environmentally to ensure the best for their baby.

In the first few weeks of pregnancy, a mother should be at her healthiest and do whatever it takes to stay away from any harmful activities – such as rigorous work and stress – and dangerous substances because this is the exact period that is most vital to the development of her unborn child.

This means folate is necessary for our bodies to make DNA and other genetic material, as well as for cell division.

How much folate is too much?

Average daily recommended amounts recommended by the health authorities for all women who plan to become pregnant is 400 mcg of folic acid every day from enriched foods, supplements, or from both in combination. As we know, folic acid is not absorbed by all people so other forms may be best. A recent new study4 shows too much folate (what form was not disclosed) can cause autism in children (ASD – autism spectrum disorders).

The study from Johns Hopkins University indicates that a small group of mothers had excessively high levels of folate in their blood (was this because it was folic acid and not methylfolate? ) and was shown to have an increased risk of having a child later diagnosed with ASD.

Data from 1,391 mother-child pairs were analysed. The mothers were from the Boston Birth Cohort and were recruited at the time of their child’s birth between 1998 and 2013 and were subsequently followed for several years. Within the first one to three days of delivery, the mother’s blood folate levels were checked.

It was found that one in ten of the women had what is considered an excess amount of folate and six percent had an excess amount of vitamin B12. It is not known why some women had elevated levels of folate and B12 in their blood. Regardless, it was concluded if a new mother was shown to have a very high level of folate right after giving birth (more than four times what is considered adequate), it more than doubles the risk of her child developing ASD.

Because the research is relatively new, follow up experiments are necessary in order to be able to determine just how much folic acid a woman should consume before, during, and after pregnancy. The 400 mcg dose is about the closest we have to an optimum dose which will ensure the health of the baby.

Although the full details of this study have not yet been published, it’s interesting to contemplate that perhaps this adverse reaction is because the participants were from a lower income group and were most likely not using methylfolate but were getting excess folic acid from supplements and food sources (and this is not metabolised as well as active folate). This folic acid build up we know from initial papers can also affect our immune system and decrease the methylation of the sperm epigenome.  Definitely food for thought!

What is important is although we have long known folate deficiency is harmful for a baby’s development, this recent discovery proves exaggerated amounts of the wrong form of folate is not necessary a safe route to take. But more importantly we need to be concerned about the form of folate that we should be taking. There is no evidence to suggest that elevated 5-MTHF is detrimental and this is not the case with folic acid.