Vitamin B12 – The ever-important nutrient. What your genetics may tell you?

One incredibly important nutrient for our every day biochemical function is Vitamin B12. It’s an often overlooked nutrient and I believe many people are deficient without even knowing it. Our body cannot produce Vitamin B12 on its own. It’s requirement is fulfilled by its absorption in the intestine through food items, such as eggs, cereals, beef, pork, liver, milk, salmon, oysters, tuna, and so on. After absorption, Vitamin B12 is stored in the liver. Since it is available through food intake only, its deficiency is common when the diet is not balanced or the metabolism/absorption is hampered, which is seen in certain medical and genetic conditions. Some of the genetic polymorphisms in certain proteins can alter the absorption, metabolism and function of vitamin B12. These proteins are transport proteins like transcobalamin 1 and 2, intrinsic factor, methionine synthase, and methionine synthase reductase. Let’s learn more about how genetics can affect vitamin B12 absorption, metabolism and function.1

Why is B12 important?

Vitamin B12 plays a major role in the following bodily processes: 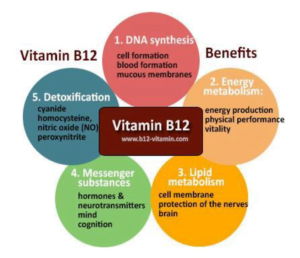 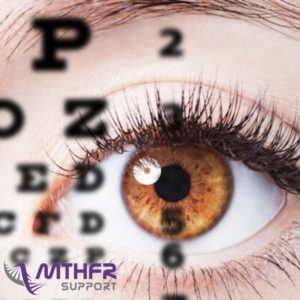 Manifestation of B12 deficiency

Different individuals and age-groups respond differently to B12 deficiency. Let’s see how: 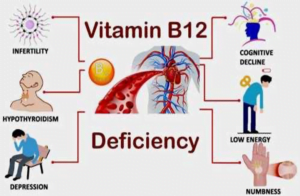 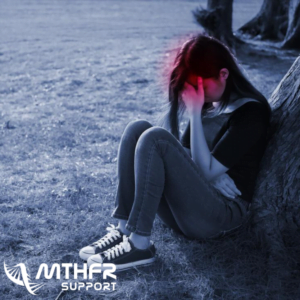 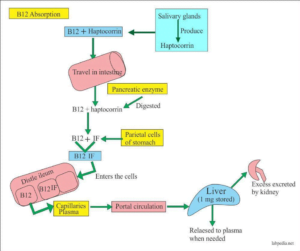 Similarly, in the intestine, cobalamin (B12) is released by haptocorrin and binds to the intrinsic factor. This complex binds to the surface receptors of the intestinal cells from where it is absorbed into the cell. Inside the cell, this complex breaks and B12 is available for utilisation in various processes involved in DNA, RNA and protein synthesis along with hormone, protein and lipid metabolism.2,3

Any dysfunction in the absorption, transport and uptake by cells or a defect in the genes involved in the regulation of B12-related receptor can lead to a deficiency of B12 in the body. Also, any genetic disorder of cofactors and enzymes associated with B12 utilisation can also cause symptoms even when B12 levels are adequate. Let’s discuss the role of your genetics in the utilisation and processing of this very crucial vitamin.

The genes TCN1 and TCN2 encode the two forms transcobalamin I and II, respectively. In case of TCN1 polymorphisms, severe B12 deficiency at tissue level can occur, which can also lead to megaloblastic anaemia, growth retardation, and neurological complications whereas TCN2 mutations are associated with Alzheiner’s disease and autoimmune gastritis (inflamed stomach lining). TCb1R (CD320) gene encodes and regulates the transcobalamin receptors on the cells. In addition to the symptoms mentioned above, research shows that a TCb1R gene variant may cause neural tube defects in newborns. Did you know that such symptoms can manifest in the body even when your plasma B12 levels are in range? This happens because at the cellular level, B12 uptake is hampered.2

Treating TCN1 polymorphisms requires very high levels of cobalamin in the bloodstream (748-7480 pmol/ L), which is met through oral or intramuscular supplementation of 0.5-1.0 mg of methylcobalamin or hydroxycobalamin once or twice weekly. When B12 levels are this high, some of the tissues are able to take up free cobalamin from the bloodstream. In case of TCb1R mutation, restoring the missing genetic codes have shown to result in restored receptor function.3

This receptor is involved with the uptake of the intrinsic factor-B12 complex in the intestine. These receptors are present on the surface of the intestinal cells. Research shows that in pregnant women, polymorphisms related to the CUBN gene, which encodes for cubulin receptors, may increase the risk of neural tube defects in the foetus. In other individuals, these polymorphisms can cause megaloblastic anaemia, coronary heart disease and stomach cancer. Besides affecting B12 absorption, evidence exists that CUBN polymorphisms may cause reduced transport of B12 in the small intestine as well.3

Methionine synthase is an enzyme that uses B12 as a cofactor in the conversion of homocysteine to methionine by donating a methyl group. Hence, in the presence of an MTR variant encoding methyl synthase, this remethylation process gets affected, which results in high homocysteine levels. Not only that, a deficiency of methionine affects a cascade of other biochemical reactions involving methionine utilisation to form proteins, DNA, RNA and other cofactors to various important enzymes. The commonly found variants of this enzyme are P1173L and A2756G. P1173 is associated with high homocysteine levels while A2756G may increase the risk of birth defects in the foetus if the mother carries this variant. In addition to this, it may also result in other genetic defects in the baby, such as Down syndrome.7 As per research, the other two variants namely -186T>G and +905G>A may be associated with increased risk of congenital heart disease.10 Another study reported that MTR polymorphism and low folate levels may cumulatively cause a rise in the level of bad cholesterol and fall of good cholesterol level.11

There are so many identified variants of the MTRR gene: rs162036, rs162048, rs1532268, and rs3776455 to name a few. Since MTRR supports the MTR enzyme in the methylation of homocysteine, when MTR gets inactivated in the deficiency of MTRR, conversion of dietary folate to active folate is also reduced. As a result, the entire methylation process slows down causing homocysteine levels to shoot up in the body. As per research, elevated homocysteine levels may be associated with infertility, abnormal blood clot formation, low folate levels, and so on. To know more, read our blog on homocysteine and how it is related to disease.8 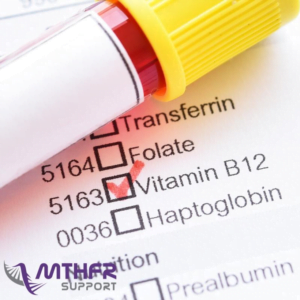 Vitamin B12, though not produced by the body, is an essential vitamin that acts as the backbone of so many important biochemical processes that keep the body healthy, rejuvenate tissues, and help form proteins and genetic material. However, even though your dietary intake is sufficient, the presence of the above-mentioned genetic polymorphisms could be the culprits of disease manifestation as a result of lowered B12 levels. It is important to note here that there are multiple ways in which B12 absorption, transport, uptake and utilisation could get affected. Therefore, if your investigations are inconclusive, do take a genetic test to check for the presence of any mutations. Thankfully, some of these are even treatable and can help you restore your body’s B12 reserve! Try our newest Methyl B12 and Hydroxy B12 products. Available in creams and powders. Get them on our shop now

Do you understand the nuances of prescribing methylation supplements? Do you see MTHFR polymorphisms and automatically give methyl folate? Or do you avoid giving methyl folate because your patients react? If you are doing either of these things then you are not correctly prescribing. Learn the basics of prescribing of key nutrients like Vitamin B12, Folate, B6, Trimethylglycine and more.

*You must be signed in to the Institute Portal to watch this video for free. Not an Institute Member? Sign up here to get complimentary access to this video and all our monthly deep dives and practitioner trainings.