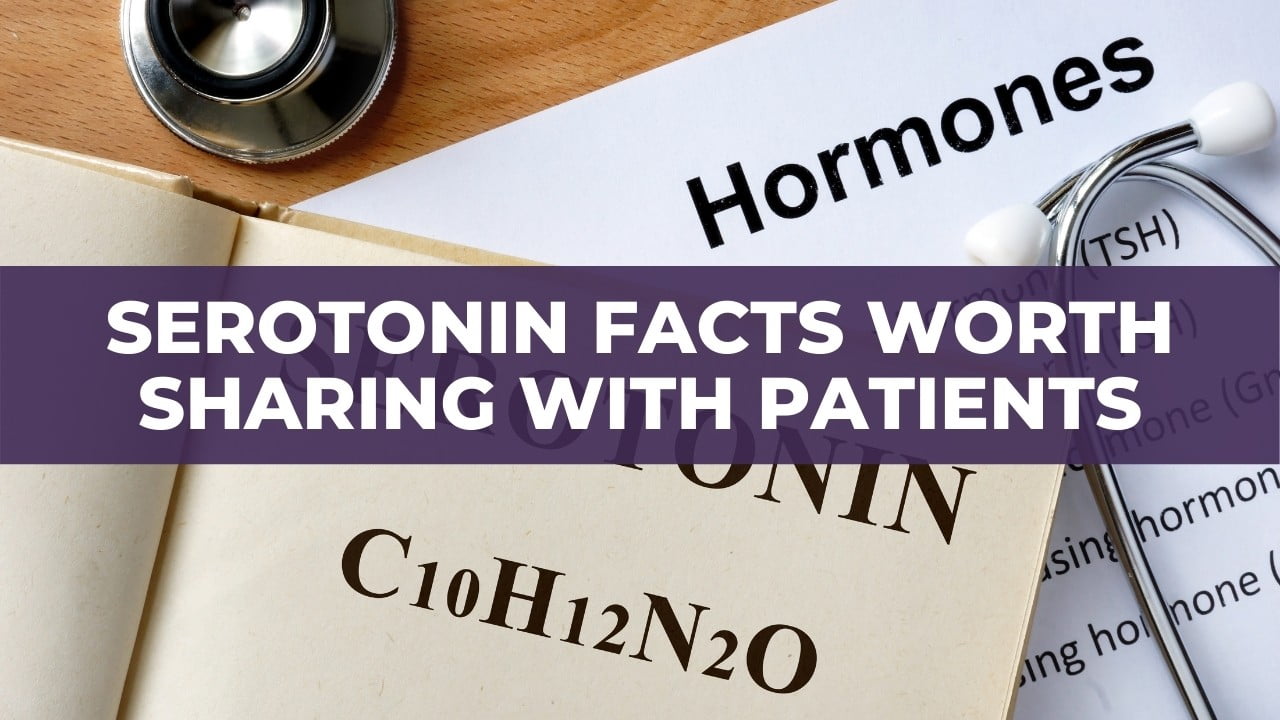 The Many Benefits of Serotonin

Serotonin is recognized as the “happy hormone” but many people don’t know much more than that. It can be very helpful to offer patients a broader view of serotonin and help them recognize how they can support proper levels. Explaining the many ways that it is used in the body can help people identify the symptoms they may be having. Proper serotonin levels are necessary for:

How We Produce Serotonin

The amino acid Tryptophan is the precursor for serotonin production and some of the foods that offer good levels are:

Possible interference in serotonin can be:

A Few Genes to Consider

MAOA is involved in the breakdown of serotonin, epinephrine, norepinephrine and dopamine.

Dysregulation of this gene can have an effect on mood, sleep and appetite when serotonin isn’t broken down properly and can often result in depression.

When epinephrine and norepinephrine aren’t handled properly it can be more difficult to manage stress. Poor dopamine processing can result in choppy, dysregulated movements. MAOA also helps break down dietary monoamines, particularly tyramine found in cheese. MAOA appears to have a role in normal brain development before birth and is involved in apoptosis throughout development.

SLC6A4 (SERT) is a sodium-dependent serotonin transporter that is critical in regulating the level of the neurotransmitter in the brain and gut. When this gene is considered to be hypermethylated, it is related to lower 5-HTT mRNA levels. This has been connected to low levels of serotonin and has been linked to suicide ideation in a post-stroke research study.  The status of SLC6A4 should be considered when deciding whether or not to take an SSRI. At least one study found that homozygous status for SLC6A4 was associated with poor response to SSRI treatment of depression.

Serotonin receptors on the cells that receive the serotonin are HTR1A, HTR1B and HTR2A. Variants on these receptor genes have been linked to stress coping capability, both passive coping and active.

It is very clear that you can offer patients an advantage in their quality of life when you educate them about their neurotransmitter genes.

Knowing this information can help them resolve or prevent symptoms and even clarify if a medication is best suited for them. To learn about additional aspects of neurotransmitters, be sure to follow the Facebook posts this month (March 2021).

If you would like to know more about how genetic susceptibility of serotonin based genes may affect your patients’ health, why not consider our Practitioner mastermind program or Institute learning program.