Toxins are the poisonous substances which, when introduced into the body of any organism can cause adverse effects or disturbances in the body. Various toxins which are freely available in the environment are known to cause several toxic effects on our body. These are also known as xenobiotics. As stated by WHO (World Health Organisation), xenobiotics can be one of the causative factors of chronic diseases worldwide. They can also cause Cancer, Diabetes, Alzheimer’s disease, Depression and Autoimmune diseases. Environmental toxins can be found in various construction materials such as paints and varnishes, food substances such as pesticides and preservative agents and heavy metals such as mercury, lead, cadmium and aluminium etc. Some toxins known as natural toxins that are present in food can also affect the human body and have adverse effects.

How do environmental toxins affect our body?

The most common environmental toxins and its effects are:

Lead is a commonly found chemical. It can be found in various emissions, paints and gasoline. Although the symptoms it produces are far less than the harm it causes. We are frequently exposed to lead as it is present in several household products such as jewellery, toys, tableware etc. The maximum permissible value of lead in the blood as given by WHO guidelines are 10mg/dl. The most threatening effect of lead is seen in pregnant women and children. It can influence brain development in children which can result in a lower IQ level. This effect is irreversible and can cause severe outcomes. The visible symptoms seen could be vomiting, headache and constipation if there is any accidental oral consumption of lead by any child.

The increased sensitivity of children is due to greater absorption of lead in their gastrointestinal tract and thus a larger amount of lead is dispersed to the brain causing nerve damage. Heavy metals can cross the placenta and affect the unborn baby.

The most common sources of mercury are dental restorations and thermometer. However, with the increasing use of digital thermometers, the chances of exposure have reduced.. Mercury can also be found in various household items such as batteries and light bulbs. Certain food items like fish also contain mercury. Continuous exposure can cause nerve damage in adults and children. The symptoms seen are tingling, numbness, poor vision and hearing loss. It can also cause permanent damage to a child’s brain if exposed at an early age.

Heavy metals act as toxins to our body. These mainly include lead, mercury and cadmium. In a person with MTHFR gene mutations, they hinder the methylation process and weaken the immune system causing neurological conditions. Exposure to lead can result in nausea, stomach ache, weak memory, headache, joint pain and sleep disturbances. Mercury can cause irritation, fatigue, tremors and dementia. Cadmium can lead to cough, headache, dizziness, shortness of breath and lung inflammation.

Pesticides are the chemical compounds that are used to kill pests, including insects, fungi and weeds. They have emerged as the most dangerous chemical in recent years as the amount of pesticides used every day is increasing at an alarming rate. They are largely used in agriculture however like the use of roundup, their use is indiscriminate and many people unwittingly use these pesticides in their homes. They constitute the most disseminated form of chemical pollution and have impacted human health in many adverse ways. They cause neurocognitive diseases in the developing brain. They also affect the central nervous system disrupting the transmission of chemical signals passing through the neurons. Thus, it results in multiple disorders and can cause fatality in the worst cases. Certain pesticides contain glyphosate which influences our nervous system and causes neurological disorders such as dementia and autism. Other toxins like parabens and phthalates are known to increase the risk of cancer, diabetes, asthma, autism and reduced male potency.

Formaldehyde is a colourless and strong-smelling gas chemical present in gas form. It is commonly found in preservatives, fertilizers, pesticides, building materials and household products such as paints, glues. We are generally exposed to a low amount of formaldehyde but if the exposure continues for a longer duration, then it can cause irritation in eyes, nose, throat and skin. 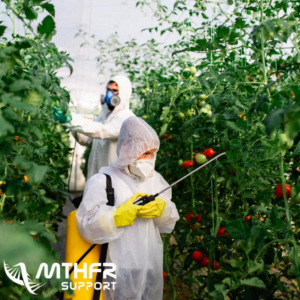 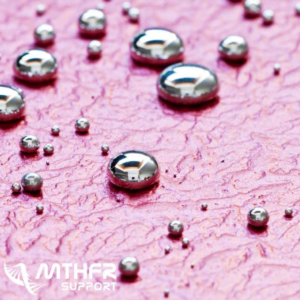 How do natural toxins affect our body?

They are produced by living organisms and are varied in structure, function and toxicity level. The toxins they produce are mainly attributed to their natural defence mechanism. They use these toxins against the insects, predators and climate change. The most common natural toxins are Aquatic biotoxins, cyanogenic glycosides, furocoumarins, mycotoxins etc.

Why is this particularly important for people with MTHFR polymorphisms?

These toxins can adversely affect your health if you have the MTHFR genetic mutation. They can block the process of methylation in your body. It is a mechanism by which Vitamin B is converted into SAM(S-adenosylmethionine) and glutathione. These substances are  crucial as they protect our cells, regulate our biochemical function, mental health and enhance the detoxification capacity of our liver.

In those with MTHFR mutations, we know that methylation may be reduced. Methylation is crucial for detoxification and if reduced your ability to deal with toxins can become compromised. This is particularly relevant when it comes to heavy metals and pesticides.

How to prevent exposure to environmental and natural toxins?

Environmental toxins are endemic in our environment, however avoiding new buildings, new furniture, mould etc and keeping an air filter in your home, particularly if you live near major roads can help. Here are some tips to avoid toxins: 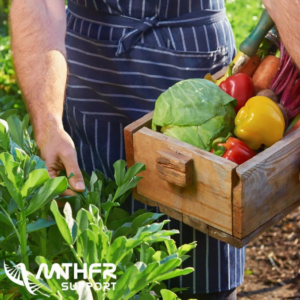 How to best understand your genetics