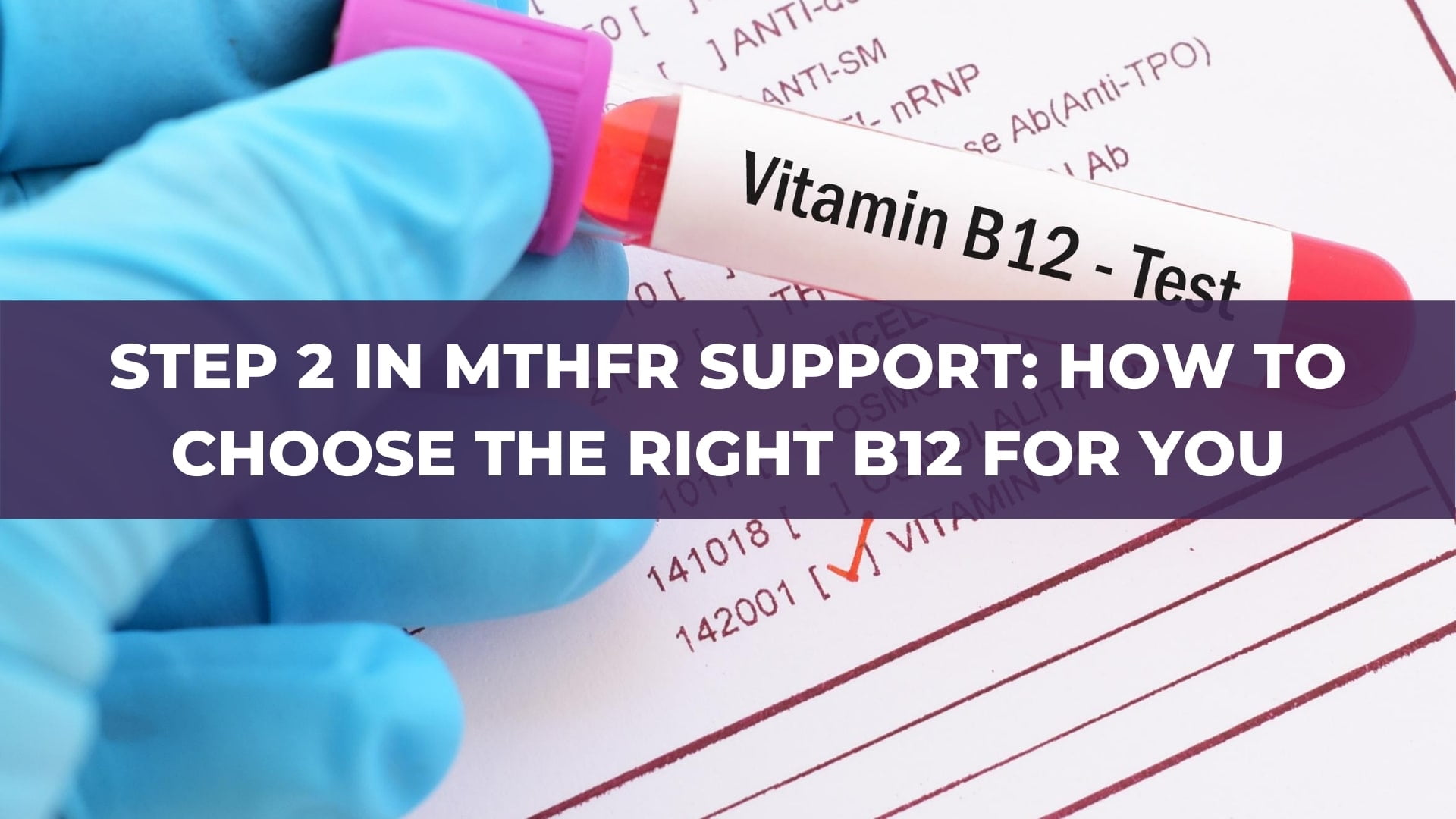 Step 2 in MTHFR Support: How To Choose The Right B12 For You

We’ve written plenty about the importance of B12 intake with regards to the MTHFR gene. The best sources of B12 will always be the food you eat (specially meat) but what if you need to get more B12? You can only eat so much food in one day and sometimes B12-rich foods aren’t abundant. This is where B12 supplements come in.

There are currently four different kinds of B12 – Cyanocobalamin, Hydroxocobalamin, Methylcobalamin, and Adenosylcobalamin – but which one should you be taking? Read the rest of the article to find out.

Take the B12 Quiz Here

Let’s start things off with a little refresher. When people hear about vitamin B12 they often think of the vitamin B Complex consisting of B1, B2, B3, B5, B6, B7, B9, and of course B12. B Vitamins are essential nutrients that help convert our food into fuel, allowing us to stay energized throughout the day. While many of the following vitamins work in tandem, each has its own specific benefits — from promoting healthy skin and hair to preventing memory loss or migraines. 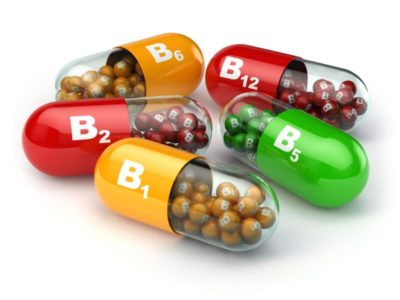 Vitamin B12 is special. It augments the other B vitamins’ functions while also exhibiting its own metabolic enhancing properties such as proper red blood cell formation, neurological function, and DNA synthesis. Without this important nutrient, cellular function would cease and energy would plummet.

Considering B12 contributes to the production of ATP (a major process involved in energy conversion), many people with low energy levels will often be recommended to get vitamin B12 injections. According to a study, vitamin B12 deficiency is common but is more significant on strict vegetarians or vegans, and more people today are reaching for supplementation.

More emphasis should be placed on effective vitamin B-12 supplementation and monitoring of vitamin B-12 status in persons who have chosen lifelong adherence to a vegetarian diet.

Vitamin B12, bound to protein in food, is released by the activity of hydrochloric acid and gastric protease in the stomach. When synthetic vitamin B12 is added to fortified foods and dietary supplements, it is already in free form and, thus, does not require this separation step. There are currently four types of B12 available: Cyanocobalamin, Hydroxocobalamin, Methylcobalamin, and Adenosylcobalamin but which one should you opt for?

Cyanocobalamin is the inactive form of vitamin B12 that is FDA-approved for the treatment of vitamin B12 deficiency. This version is considered the poorest and therefore cheapest version of vitamin B12. It is created in a lab and makes it one of the most stable forms of B12. The downside is its poor bioavailability which results to a poor conversion rate of just 1% of the free cyanocobalamin.

It also requires the presence of a cyanide molecule and while the amount of cyanide is not dangerous, it does require the body to expend energy to convert and remove it. The process used to detoxify cyanocobalamin could deplete glutathione reserves, a compound necessary for this detoxification. Once used up, cyanocobalamin could theoretically cause cyanide toxicity particularly in those with kidney failure.

Compared to cyanocobalamin, hydroxocobalamin has a higher affinity to plasma protein and has a longer half life. This makes hydroxocobalamin last longer in the blood stream and therefore result to fewer injections.

Although it is not an FDA-approved formulation, hydroxocobalamin is recommended worldwide by the World Health Organization (WHO) as a drug of choice for the treatment of vitamin B12 deficiency.

The nasal absorption of hydroxocobalamin is so high that weekly application could prove a good alternative for monthly injections. In a pilot study during 1 month of four patients with Crohn’s disease the mean serum cobalamin concentration increased significantly after weekly administration of 1500 μg of the same formulation.

Hydroxycobalamin is also an approved effective agent against cyanide poisoning. It binds with the cyanide molecules to convert it into cyanocobalamin which is then excreted via urination resulting in cyanide detoxification.

Read more about the Functional Benefits of Hydrocobalamin

Methylcobalamin is the active form of vitamin B12 and is considered one of the best forms for maximum bioavailability as it doesn’t need any extra step for conversion and is directly used by the body. Methylcobalamin helps reduce homocystein concentration by converting homocysteine to methionine through a methylation process. This function makes methylcobalamin effective in treating autism in children.

This study demonstrates that a three-month treatment with methylcobalamin and folinic acid is associated with significant improvements in behavioral symptoms associated with autism spectrum disorder in a group of children with autistic disorder and metabolic markers of abnormal redox and methylation metabolism. Our previous study demonstrated that this treatment also improves metabolic markers of glutathione metabolism in these same children. This provides convergence of independent measures demonstrating the beneficial effect of this simple and safe nutritional intervention.

Other benefits include preventing cognitive decline in demented patients and reducing the risk of cardiovascular diseases.

Adenosylcobalamin is the mitochondrial form of the B12 vitamin found in cellular tissues. This form of B12 interacts with an enzyme called methylmalonyl CoA mutase, a metabolic enzyme, and may be useful for those with impaired energy production.

Although naturally occurring, it is the least stable of the four types of B12 outside the human body and does not translate well into a tablet-based supplement. It can be difficult to find this one in supplement form but Adenosylcobalamin supplements do exist mostly in liquid form.

Supplementing with B12 has become more than just a part of our diet. Recent studies show how majority of the world is deficient which makes B12 supplementation almost mandatory. The ideal form of B12 to take is Methylcobalamin although a combination of methylcobalamin and adenosylcobalamin is more effective according to the National Institute of Health.

Kelly G. The Coenzyme Forms of Vitamin B12: Toward an Understanding of their Therapeutic Potential. Alt Med Rev. 1997;2:459-471