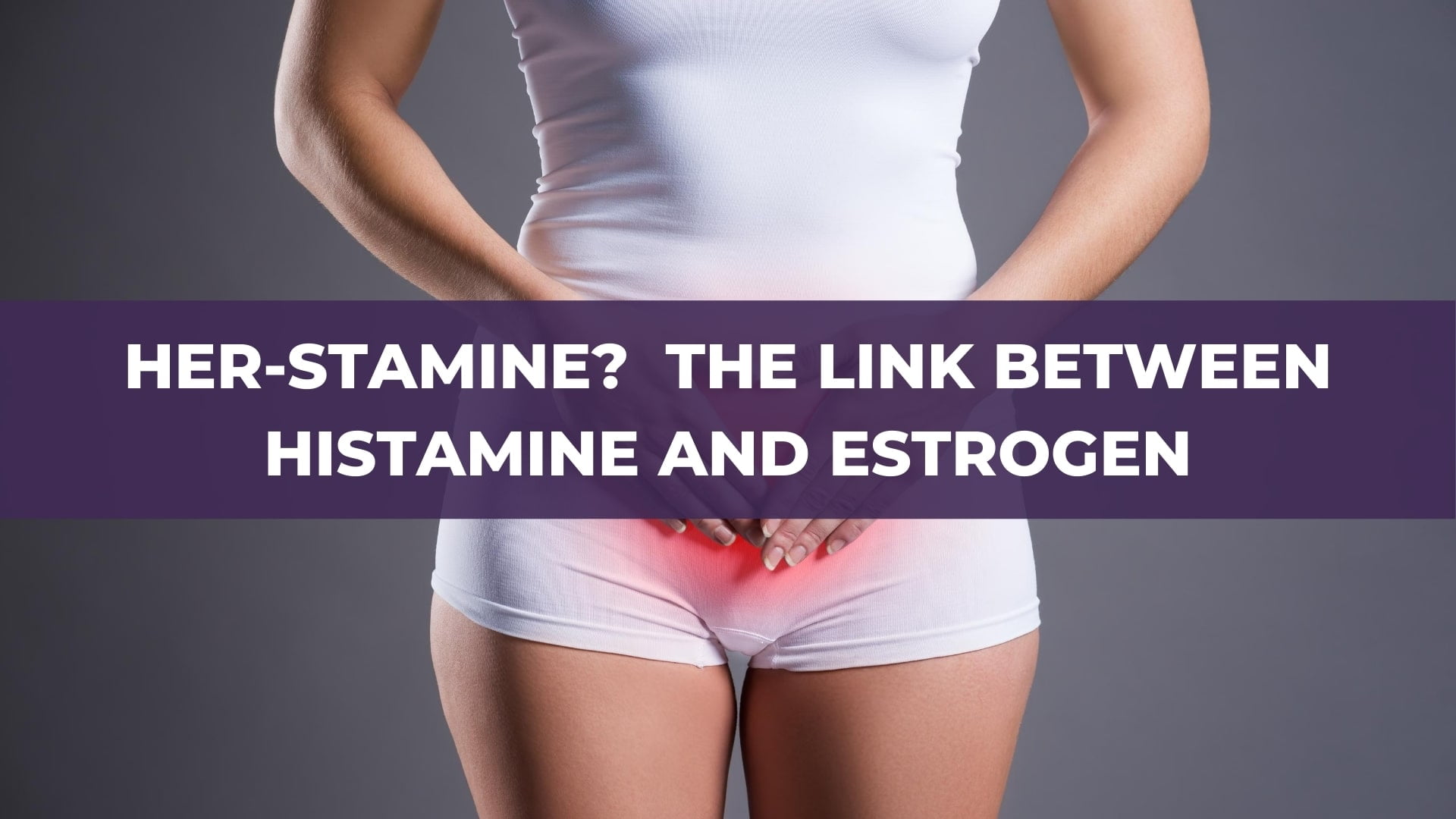 HER-stamine? The Link Between Histamine and Estrogen

The female hormone estrogen may play a role in the development of histamine intolerance. This seems plausible since women consist of the majority who suffer from this. One explanation is that estrogen and histamine reinforce each other which means estrogen triggers histamine release. In turn, histamine causes increased estrogen production. But that is just among the many links between histamine and estrogen.

In this article, we will explore in detail the associations between these two important biological compounds.

Studies found estrogen to have significant effects on some components of the immune system which, in this specific context, are the mast cells.  Mast cells are versatile cells with the most well-known role of releasing histamine granules in the activation of the immune system. These cells are most abundant in sites that are most exposed to the environment – skin, airways, gastrointestinal, and gastrourinary tracts.

In numerous studies, it has been demonstrated that estrogen, particularly its form called estradiol, can elicit activation of mast cells. Aside from triggering mast cells to release histamine, estrogen can also down-regulate the enzymes diamine oxidase (DAO) and monoamine oxidase (MAO) which breaks down histamine. This may explain why symptoms of histamine intolerance are common at the start of the menstrual period (during ovulation and just before the period starts) and during menopause, when estrogen levels are on the rise.  Women can even be more sensitive if they are also taking estrogen supplements.

Symptoms of histamine intolerance vary among women, but the most common are heavy menstrual flow, menstrual pain, and most especially, migraine headaches.

Migraine headaches, in particular, occur as a result of histamine triggering the release of nitric oxide. Nitric oxide dilates the blood vessels that surround the brain, leading to migraine. These symptoms can improve upon reduction of histamine levels.

Histamine can also stimulate the ovaries to produce more estrogen, leading to a vicious cycle of these two compounds.

It does so by aiding the release of luteinizing hormones (LH) which, in turn, is needed for ovulation to occur. The relationship between estrogen and LH is pretty much similar to that of estrogen and histamine in the sense that more LH leads to more estrogen and vice versa.

On the other hand, eating histamine-rich foods on a daily basis, aside from causing intolerance, can also put women on a hormonal roller coaster due to increasing estrogen levels.

Progesterone is another female hormone that serves to prevent estrogen dominance, and is therefore anti-histamine.

Aside from preventing estrogen dominance, progesterone can also directly inhibit the release of histamine from mast cells, even during allergic reactions that trigger their degranulation.

Histamine and the Menstrual Cycle

Among women who suffer from histamine intolerance, most have reported their symptoms worsen at specific times during their menstrual cycle. Histamine levels fluctuate in relation to the level of estrogen. Estrogen, meanwhile, fluctuates at ovulation and during the pre-menstrual phase or just before menstruation starts. Women tend to be more sensitive to histamine during these points in their cycle.

Another proof of the relationship between histamine, estrogen, and progesterone is the relief from histamine intolerance symptoms women experience during pregnancy. Take note that histamine has been assumed to be important to the developing embryo due to its growth-promoting properties. Its exact functions, however, are yet to be determined.

The relief of symptoms is explained by the fact that the placenta of a pregnant woman increases the production of DAO by as much as 500 times. DAO is one of the enzymes that helps us break down histamine.

Increased levels of DAO are supposed to act as a metabolic barrier that prevents the entry of excessive histamine from the placenta into the fetal circulation. In other words, it is a mechanism meant to protect the developing fetus against histamine toxicity. Although pregnant women remain free of intolerance symptoms throughout the pregnancy period, these symptoms can re-occur once the child is born, as DAO drops back to its normal levels.